Snow White And The Huntsman Story:
In the alternative world of the Middle Ages, the ruthless Queen Ravenna (Charlize Theron) has conquered several European kingdoms and plans to take over the Kingdom of England, but she realized that her stepdaughter, Snow White (Kristen Stewart), is destined to surpass her not only as the “Fairest One of All,” but also as the kingdom’s successor. The Queen learns from her Magic Mirror (Christopher Obi) that the only way to remain power in the throne is to consume Snow White’s heart and achieve immortality. But Snow White manages to escape into the Dark Forest and Ravenna recruits the Huntsman Eric (Chris Hemsworth) to kill Snow White. Eric, however, takes pity on the young princess and teaches Snow White unique skills in the art of war. Now, with the aid of eight dwarves, knights from England, and her childhood love Prince William (Sam Claflin), Snow White begins a powerful revolution to kill her stepmother once and for all.Read more (SOURCE: tophollywoodmovies.com) 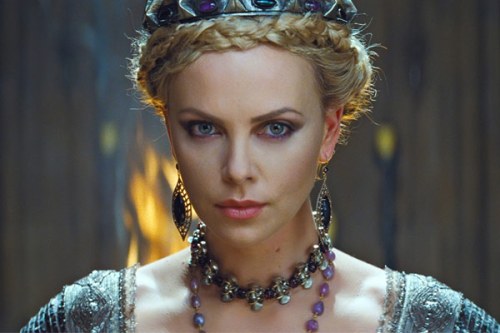